With more lanes of traffic than most parkways, every lane on Woodhaven Boulevard is jammed with car, trucks and motorcycles moving at a snail’s pace.

Cyclists weave on the edge of traffic, riding up on the sidewalk to save time. Car horns are as common as birds chirping, while the traffic lights seem to be red more than they are green.

But a new plan by the city Department of Transportation promises that those travelling by bus on Woodhaven Boulevard will soon evade this hellish commute, and safety may improve to boot. DOT plans to roll out select bus service in the coming months.

At its core, SBS would create a bus-only lane on Woodhaven Boulevard, with street-side ticket machines for expedited service. But the plan would also include a movement of the bus lane and stops into the inner dividers of the boulevard, and there would be no left turns at certain busy intersections, including Jamaica Avenue.

Yet many in the community that deal with traffic daily find this hard to believe, and note that there may be other unseen consequences.

Such opposition exists that local organizations have formed a taskforce to combat SBS coming to their neighborhood.

“We’re serious. We’re absolutely and totally against this,” said Maria Thomson, executive director of the Greater Woodhaven Development Corporation and head of the Business Improvement District. Both organizations have joined the coalition, named the Task Force Committee for an Informed, and Safer, Better Woodhaven.

Thomson believes the new bus service on Woodhaven Boulevard would only create a more dangerous traffic situation in the heart of their community, along hurting local businesses. 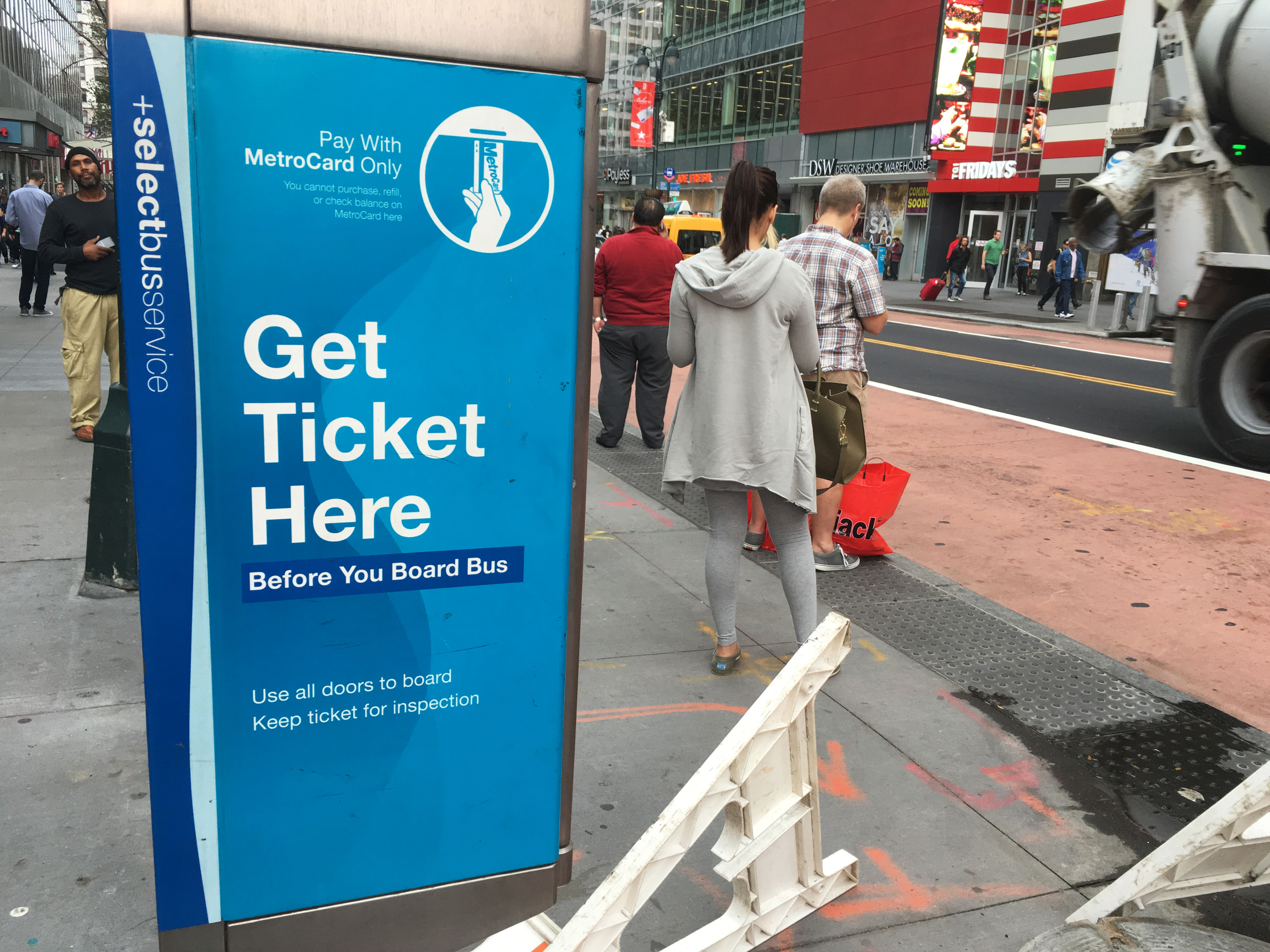 With this Thomson says that the plan would decrease the safety of pedestrians in the area, unlike the increase claimed by the DOT. With forcing bus riders to wait to board buses from the inner divider, instead of from the side of the street, pedestrians would have to wait among traffic speeding at over 40 mph.

Paul Capocasale, owner of Berkes’ Haven Trophies and leader of the taskforce, believes that the DOT does not understand the neighborhood that it wants to change. With Woodhaven’s narrow streets originally meant for horse and cart or Model T’s, and one and two family homes filled with automobile-centric families, he believes this plan is just not right for the community.

And with no left turns onto Jamaica Avenue, traffic would be diverted to side streets. Lined with many one or two family homes, many children play on the streets never designed for such traffic, according to Capocasale.

Along with traffic, many with shops on Jamaica Avenue and in the Business Improvement District worry that the change could also deter shoppers from Woodhaven businesses.

Though Woodhaven community members are skeptical, the Department of Transportation has already implemented SBS in other parts of the five boroughs, though no plan is exactly the same.

Beginning in 2008, BX12 Bus on Fordham Rd. and Pelham Parkway has run as a SBS route, and one-way travel time has decreased to 47 minutes from 58 minutes, according to the DOT.

The NYC Department of Transportation declined to comment for this article.